Novel ideas will need to be proven safe before use, while roadblocks need to be cleared for existing solutions like wind and solar power to scale faster, according to speakers at sustainability conference Ecosperity Week. 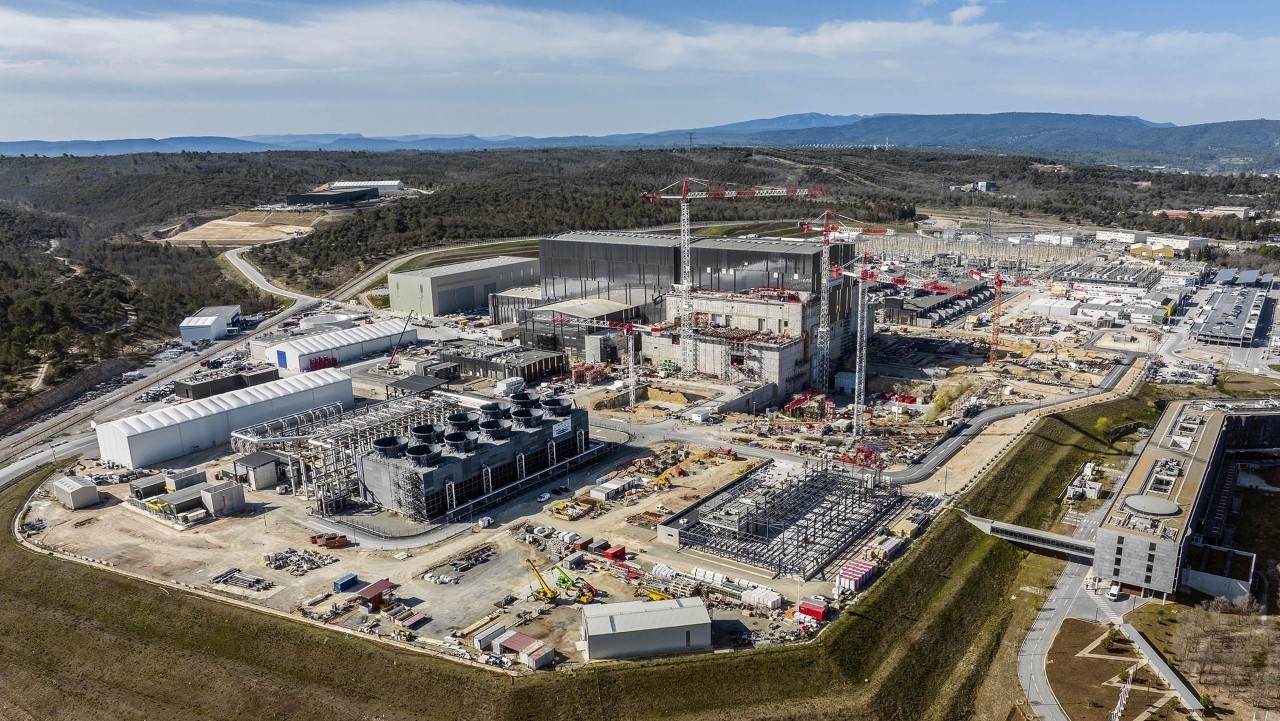 In southern France, 35 nations are collaborating to build the world's largest tokamak, a magnetic fusion device, as part of the ITER project. Image: ITER Organization

A small sun trapped in a lab, producing enough energy to power entire cities, is but science fiction to most people. But it is a vision Singapore’s state investor Temasek takes seriously.

Late last year, Temasek joined over 30 firms to raise US$1.8 billion to help build the world’s first net energy nuclear fusion machine, which fuses atoms together⁠ — much like what happens in the Sun’s core⁠ — to generate power, in the United States. Nuclear fusion produces none of the long-lasting radioactive waste of traditional fission reactors that remain dangerous for tens of thousands of years.

Temasek also led a US$84 million funding round back in 2020 for Commonwealth Fusion Systems, the US-based firm helping to build the machine.

Singapore, an often-cloudy island-state situated in fair seas, has found it hard to leverage the sun, wind or waves in its efforts to decarbonise. Its S$530 billion (US$380 billion) economy is almost entirely powered by natural gas.

This is why the country is banking on novel solutions that are just crossing the horizon of technical and commercial viability. A government paper detailing 2050 scenarios spelt out the use of nuclear, geothermal and clean hydrogen power, while calling for more studies into carbon capture technologies.

“Singapore, more than many other countries, will have to depend on technological innovations which have not been developed yet, or implemented at scale, in order to decarbonise,” said Singapore senior minister Teo Chee Hean, in a speech at Ecosperity Week, a sustainability conference hosted by Temasek.

But banking on new ideas also comes with risks.

“Technology will present sustainable solutions that are so innovative that they fall outside current regulations. We need to find the balance to allow early adoption of safe, transformative technologies,” said Lim Boon Heng, chairman of Temasek Holdings, at the event, citing safety considerations for cleaner aviation fuel, low-carbon cement and electric vehicle batteries.

Globally, as climate change worsens, increasingly radical solutions have been proposed, some with technology seemingly ahead of proper governance and societal acceptance — such as solar geoengineering.

There have also been murmurs of scaling up traditional nuclear fission energy to replace coal, though a century of nuclear research has largely not solved the issue of safely processing radioactive waste.

Carbon dioxide removal technologies, which are increasingly recognised as necessary for keeping temperatures down later in the century, are also not a silver bullet.

“I don’t think we are going to get to net zero directly, through mitigation only,” said Dr Ernest Moniz, president and chief executive of Energy Futures Initiative​, a United-States based think tank.

“[Energy Futures Initiative] did a lot to put carbon dioxide removal on the map, but now we are getting nervous that negative carbon technology is getting adopted a bit too enthusiastically, to make up the shortfall from mitigation,” he added, in a fireside chat at the Ecosperity Week opening dinner. Moniz was the US secretary of energy under the Obama administration.

Over a terawatt equivalent of solar and wind energy projects need to be installed annually by 2030. But the world is only on track for less than half that amount, according to estimates by the International Renewable Energy Agency and industry group Global Wind Energy Council.

Speakers at Ecosperity Week gave various explanations for what is holding back renewable energy projects.

Damilola Ogunbiyi, chief executive at Sustainable Energy for All, a United Nations-backed non-profit, said building a local ecosystem of workers, financiers and supply chains is key.

“However, one of the big challenges in achieving these goals is the tremendously inadequate amount of investments for energy access, energy transition and climate action for developing countries,” she said.

Money for renewables is not flowing into Southeast Asia because of uncertainty over the costs involved for investors, said Dale Hardcastle, Southeast Asia head for energy and natural resources at consulting firm Bain & Company.

The American consultancy, in collaboration with Temasek, launched a report at Ecosperity Week, giving an overview of the current state of the green economy in the region. In the report, it said that new and emerging technologies like carbon capture and hydrogen fuel produced from renewables will take time to reach commercial viability and could be too expensive at the moment. Southeast Asia should instead focus on tried-and-true solutions such as improving efficiency.

“We simply have not fully acknowledged the true costs of introducing renewables at scale and upgrading the infrastructure. Nor have we defined a practical timetable to do that,” said Hardcastle, pointing to high system integration costs in Australia, Europe and the United States.

“Much work is needed to understand exactly what the costs are, because uncertainty will continue to inhibit investors,” he said, adding that a “more open and honest conversation” about how to fund grid upgrades, interconnections and phasing out of existing assets is needed.

While electricity can be cheaply generated from solar panels and wind turbines, electricity grids need to be upgraded to handle such intermittent sources of energy. Outdated transmission technology is a key concern for renewable energy players in Asia, according to a recent report by engineering firm Black & Veatch.

Regulators in Europe and China are starting to mandate that renewable energy players include energy storage in their projects to relieve variability in the national grids, said Alfred Wang, co-founder and chief executive of Chinese energy storage firm Alpha-ESS. However, policymakers should give firms enough leeway to provide services and make money off the batteries they install. If not, investors may not care about the quality of the infrastructure they provide, he added.

Meanwhile, hydrogen players at Ecosperity Week called for more government incentives. Hydrogen produced from renewable energy, or from fossil fuels but with emissions captured, could replace natural gas as a cleaner form of fuel if costs come down in the next few decades.

But 88 per cent of projects globally have not reached final investment decisions because there is a lack of clear demand signals, according to Daryl Wilson, executive director of global trade group Hydrogen Council. 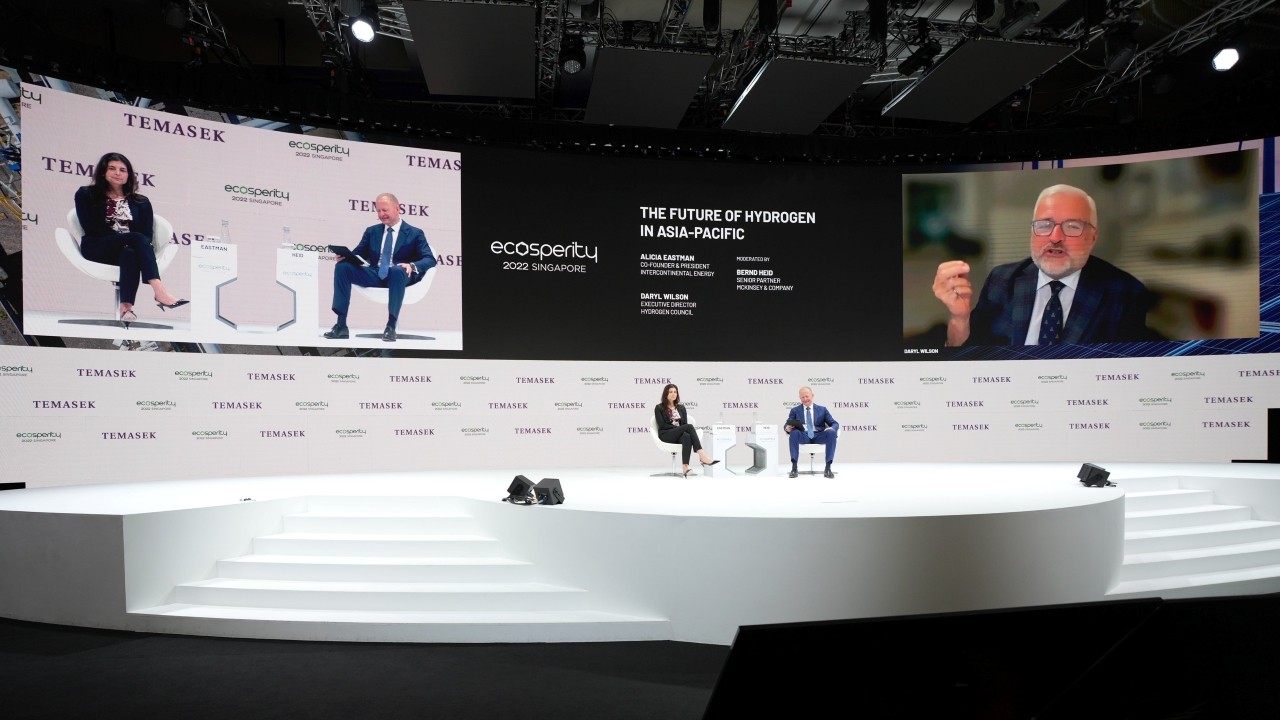 “Regulation is a tool that governments have, and if used artfully in areas where hydrogen can make the biggest impact, it can unlock demand and start things moving,” he said, pointing to how government support is accelerating projects in China and South Korea.

As it stands, not everyone is on the same page on clean hydrogen policy.

Wilson said a proposed European Union rule that requires renewable hydrogen producers in the bloc to use dedicated clean energy sources, instead of what is being fed into the grid, would make deploying hydrogen more difficult.

The same rule is also attacked by environmental groups, which said the grace period till 2027 and definitions used are too lax.

Knock-on effects of the Russia-Ukraine conflict

The use of coal, the dirtiest but cheapest form of fossil fuel, has already peaked on the back of a rapid recovery in industrial activity after the Covid-19 pandemic last year.

It may well rise further, as Russia’s invasion of Ukraine spurred embargoes and choked oil and gas supplies from the energy major. Europe will likely revert to coal to make up for the energy shortage in the short term, even as it promises a faster transition to renewables this decade. Fossil fuel prices have risen across the board.

“The tragedy in Ukraine and the knock-on effects on the energy market demonstrate how easy it may be to set us back,” said Teo, Singapore’s senior minister, adding that the collective ambition towards decarbonisation must not go off-kilter.

The Russia-Ukraine conflict would likely be just a “bump in the road” in climate action, said Moniz from the Energy Futures Initiative.

“The trouble with bumps in the road is that carbon dioxide in the atmosphere is cumulative. When we have a bump in the road for several years, the additional emissions are something we have to pay back eventually,” he said. 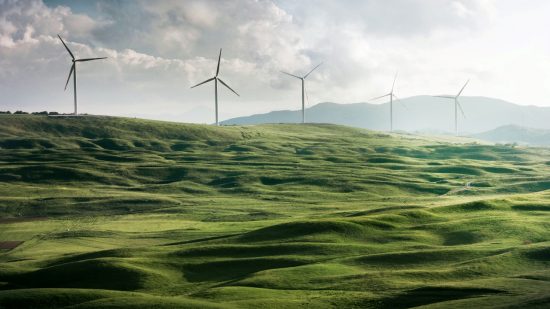