5 simple things we can all do to slow biodiversity loss

The emergence of COVID-19 has cast a spotlight on the interdependency between humans and nature. This World Environment Day, it’s “Time for Nature”! The United Nations (UN) has chosen biodiversity – a concern that is both urgent and existential – as the theme for 2020. What are some simple lifestyle changes that you can make to positively impact biodiversity and the environment? 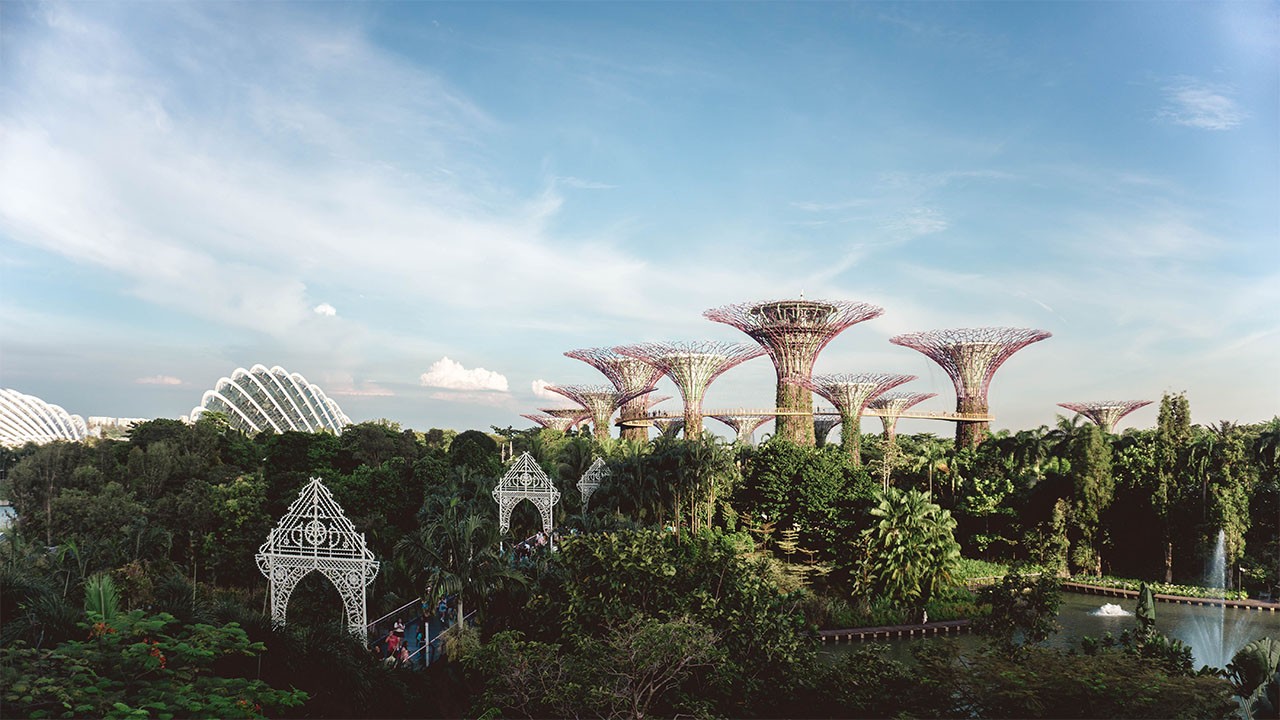 All life on Earth is connected in some way, and when it comes to protecting our biodiversity, everyone has a part to play. Celebrated annually on 5 June since 1974, World Environment Day is a day for environmental action, and a day to remind all of us – governments, businesses and individuals – to focus efforts on pressing environmental issues.

This year’s theme on biodiversity comes at a crucial time. One million plant and animal species – of the eight million species on the planet – are facing extinction. Some could even be extinct within the next few decades, according to a report by the Intergovernmental Science-Policy Platform on Biodiversity and Ecosystem Services.

Services provided by biodiversity are worth an estimated USD 125-140 trillion per year, more than one and a half times the size of global GDP. WWF’s Living Planet Index 2018

The world has already seen the impact our lifestyle has on the environment, when countries scrambled to control the spread of COVID-19 by temporarily shutting down industries, transport networks and businesses. The BBC reported that pollution levels declined by nearly 50% in New York, and emissions fell by 25% in China – exemplifying how lifestyle changes can positively impact the environment.

As governments around the world begin to rebuild their economies, and businesses reposition themselves for the new normal, individuals too, can play a part by rethinking what and how much they consume.

Here are five simple lifestyle changes that you can make to act for nature and help reverse biodiversity loss. 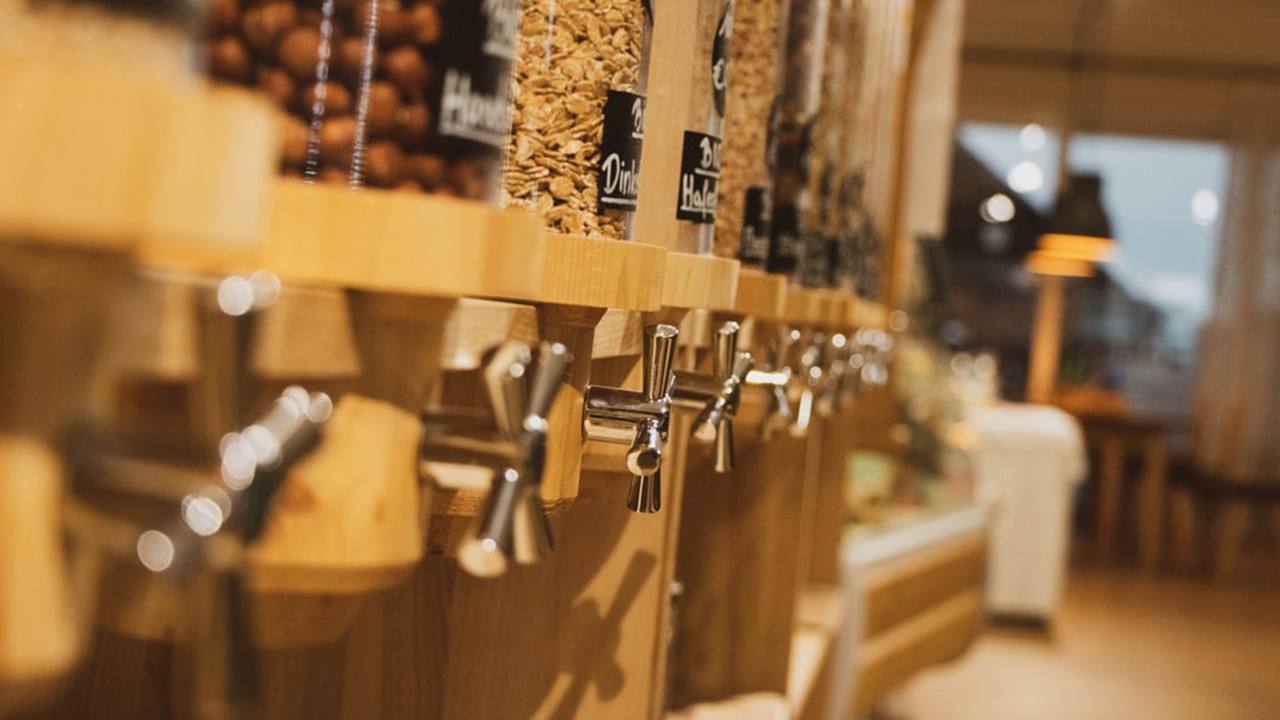 At zero-waste grocery stores, shoppers are encouraged to bring their own bags and containers to reduce waste generated from packaging and plastic bags

Responsible consumerism is based on the concept that our purchasing decisions can have a positive social, economic, environmental, or political impact. As consumers, we can indirectly influence businesses by choosing to buy from and support ethical and sustainable brands.

By practicing responsible consumerism, we can help reduce greenhouse gas emissions involved in the resourcing, production, and transportation of goods. While our individual impact may be small, collectively and over time, businesses will be influenced to change their production methods to more sustainable ones. Ultimately, this reduces the impact on the environment and the risk of abrupt biodiversity loss due to climate change.

Even as more companies shift towards more sustainable business models, consumers remain a key part of the puzzle. To start, here’s what you can do:

2. Upcycle an old article of clothing 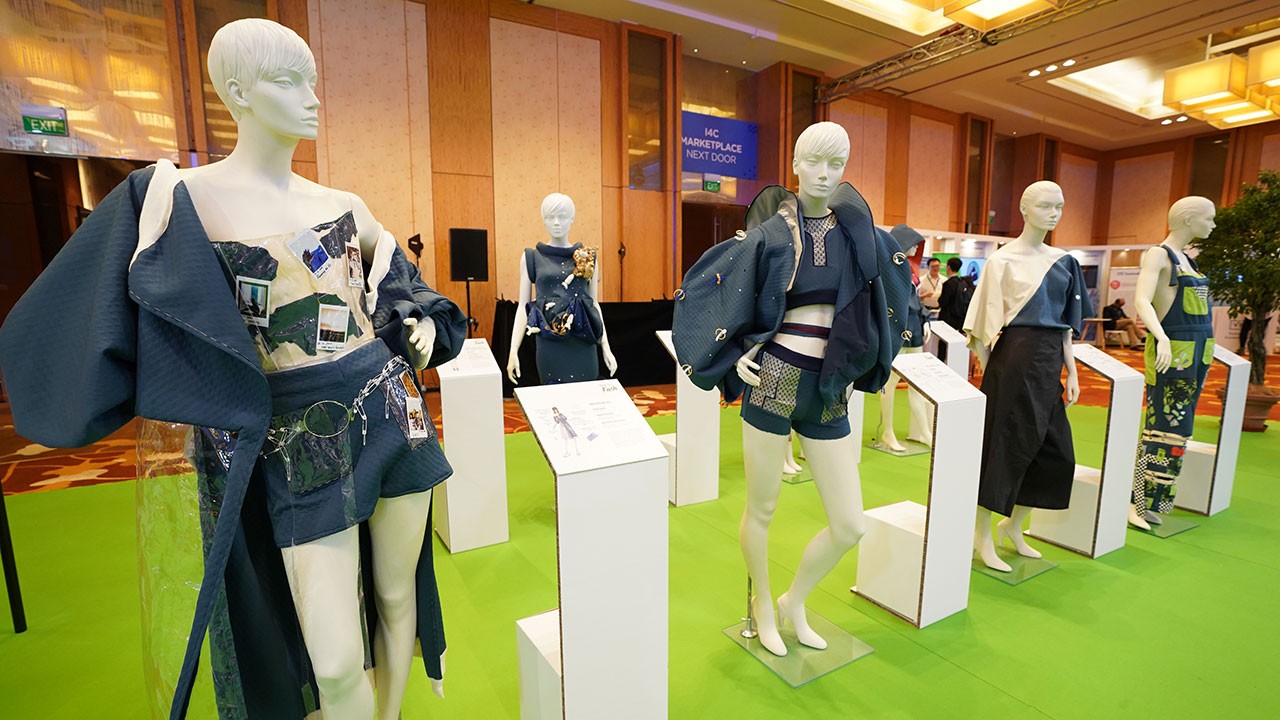 Apparel production is both resource and emissions intensive, and much of it ends up in the landfill within a year. Globally, the fashion industry is responsible for 10% of annual carbon emissions. It also uses a huge amount of water – 93 cubic metres – enough to meet the consumption needs of 5 million people.

Choosing to upcycle old clothing into a look that can last for another few years can reduce the demand on resources and the environment. This in turn helps reduce the impact on habitat conversion, which is often required to grow the raw materials needed to meet the growing demands of our apparel consumption.

Rock a new look without shaking up the earth. A forgotten clothing item that probably hasn’t seen the light of day in years can be transformed into a new closet favourite. Get started with just a pair of scissors and some needle and thread – a simple and great way to get started is to crop an old T-shirt into a fashion-forward cropped top.

3. Go meatless once a week

Meat free doesn’t mean boring – there are many plant-based alternative proteins available to satisfy your cravings! Tofu, tempeh or jackfruit can be used to make popcorn “chicken”!

Scientists on the United Nation’s Intergovernmental Panel on Climate Change (IPCC) agree that the amount of greenhouse gases in the atmosphere must decrease by 80% by 2050 to avoid catastrophic climate change. The Food and Agriculture Organisation of the United Nations (FAO) estimates that livestock production is responsible for at least 14.5% of global greenhouse gas emissions each year.

Going meatless once a week is a small act with a big impact – in a study on the environmental impact of food in Singapore, we found that substituting 25% of red meats with plant-based meats could lower one’s greenhouse gas emissions from food consumption by about 7%! 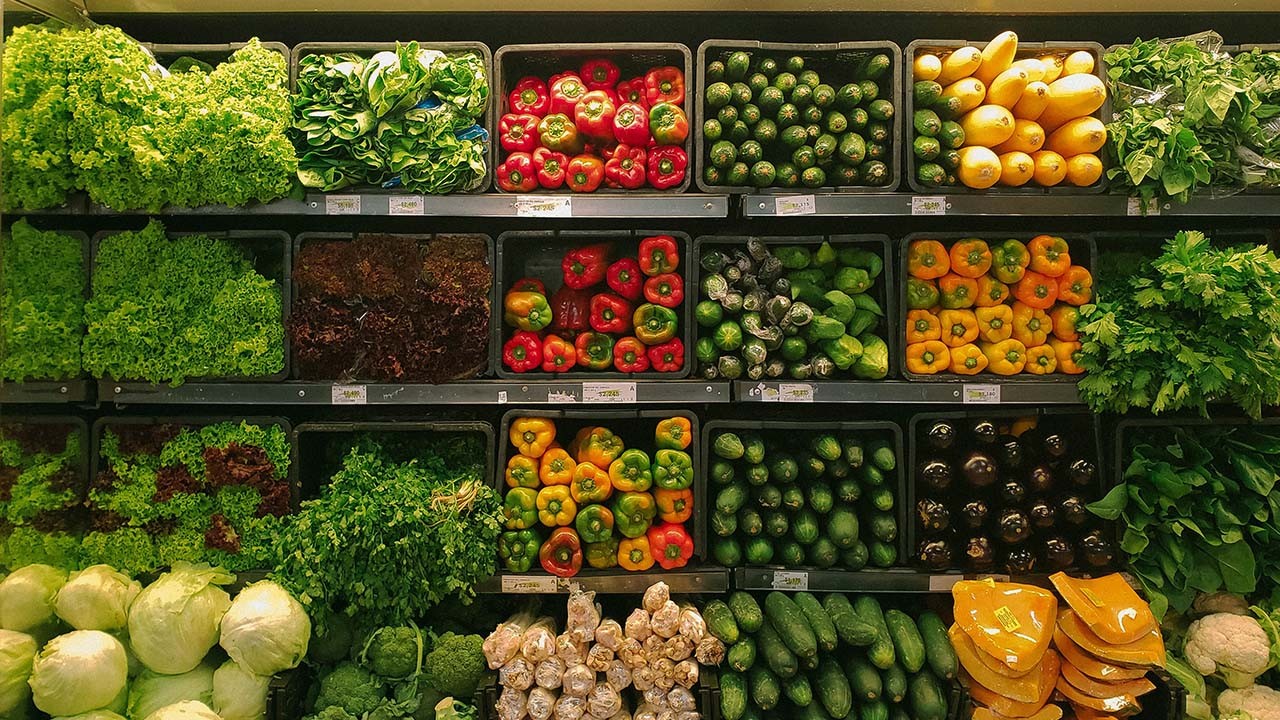 The transportation of food by air significantly increases its environmental impact

Producing food locally reduces the need to transport the food across countries and helps to reduce greenhouse gas emissions. Hence, buying local produce helps reduce ‘food miles’ – the distance a food items travels from the point of production to consumers. Our food choices today can impact the health of living beings, biodiversity, and the planet tomorrow. Instead of commuting to a supermarket chain, take a walk to the nearby wet market to further reduce your carbon footprint!

If it is readily available to you, opt for organic produce, which does away with the use of insecticides and pesticides that can negatively affect insect and adjacent aquatic life. Synthetic pesticides can also pollute the air and water and degrade soil – affecting natural habitats.

Pro-tip to further reduce your food-related environmental impact: draw up a meal plan for the week and plan your grocery runs ahead of time to reduce food wastage! Globally, one-third of all food produced ends up in the landfill, and contributes to approximately 8% of the world’s greenhouse gas emissions.

5. Switch off and save 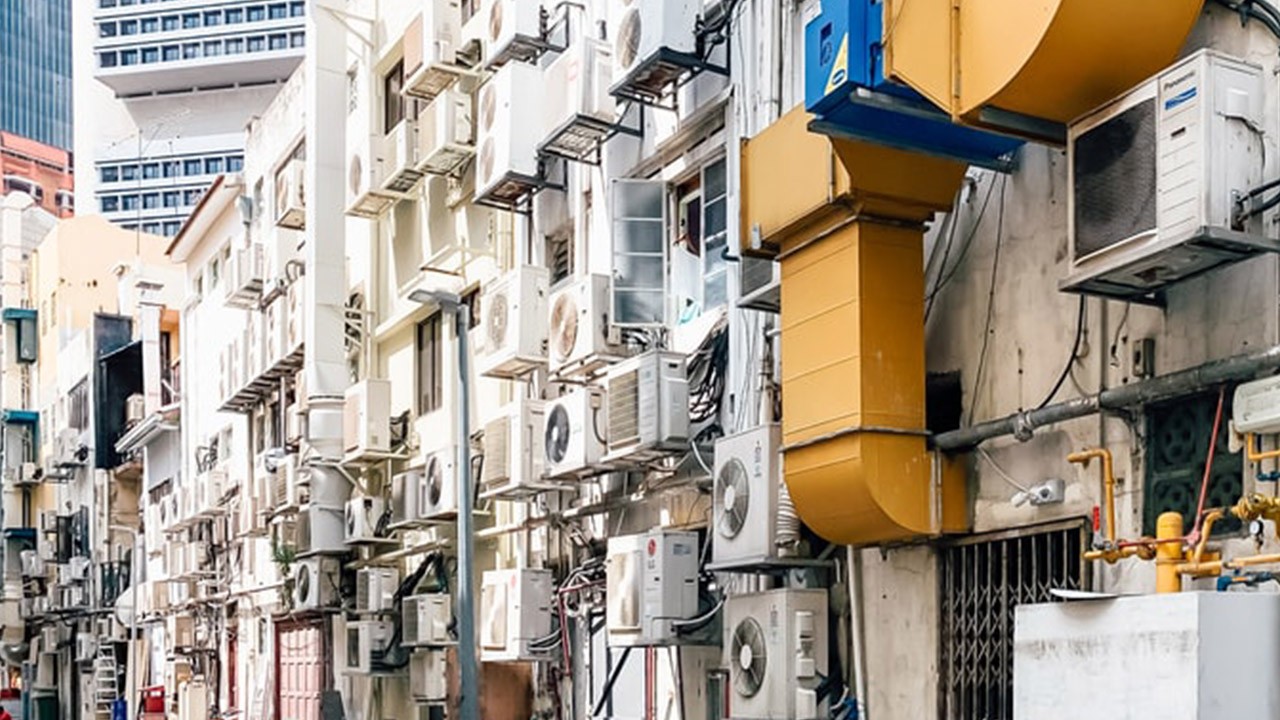 By 2040, air-conditioning could account for up to 40 per cent of Asean’s overall electricity demand, according to Singapore’s National Environment Agency.

Keep cool but watch the heat on Earth. Increased energy consumption can lead to an increase in greenhouse gases, which negatively affects the natural habitats of species around the world.

Our World In Data reported that the world needs a “significant and concerted transition in its energy source” as historical and current energy systems are still dominated by fossil fuels including coal, oil and gas. The use of such fossil fuels contributes to an increase in greenhouse gases that spikes global warming rates which, the World Wildlife Fund reports, can lead to the extinction of species.

Use the fan instead of air-conditioner where possible – a fan uses just one-tenth the electricity of an air-conditioner. Making the switch can lead to greater savings on your wallet and the earth!

A little bit of effort from each of us can go a long way. This World Environment Day, we encourage you to make small lifestyle adjustments that can make a big difference for the world and for nature.

Living in harmony with nature can only be achieved if we reverse negative impact of biodiversity loss and pursue full implementation of the 2030 Agenda for Sustainable Development. UNEP World Environment Day 2020 website

Find out more about World Environment Day 2020 at www.worldenvironmentday.global. 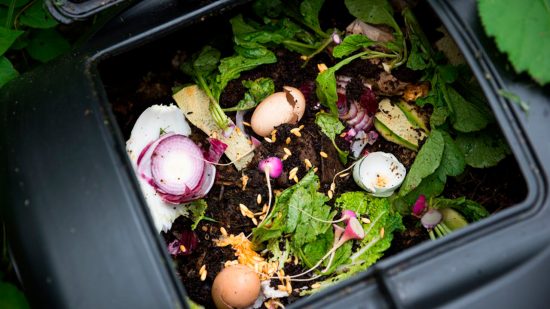 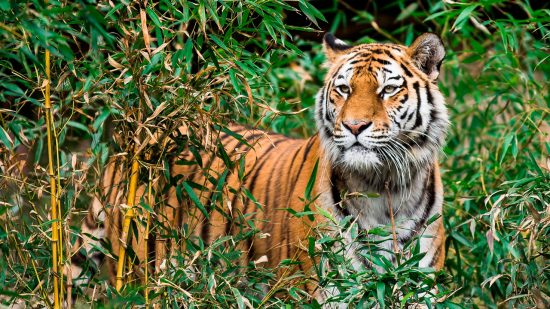 Next Article
Why biodiversity loss is scarier than climate change

5 ways to make your home sustainable and save money 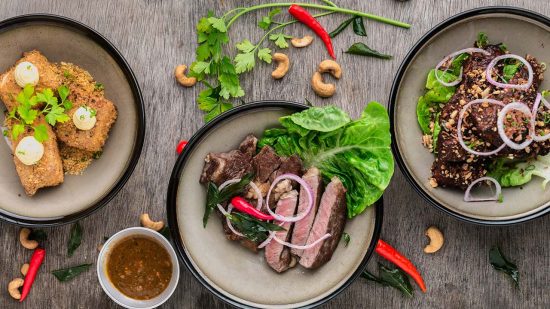