What does a sustainable city mean to Singapore’s youth?

Preserving local heritage and being in touch with nature is essential to living in a sustainable city, say students at a recent youth dialogue. Singapore has one of the highest greenery densities in the world despite its small land size.

Students in Singapore raised concerns over the cost of urbanisation to national heritage and biodiversity at a recent youth dialogue held at Singapore Management University.

Organised by Temasek, the dialogue brought together over 100 students and student leaders who engaged in discussion with speaker of parliament Tan Chuan-Jin on how they envision living in a sustainable city. The main issues put forth by the students revolved around the trade-offs associated with rapid urban development, sparking questions about the importance of incorporating nature into the city, preserving historic sites and balancing economic growth with other social and environmental challenges.

“Biodiversity and urbanisation are often seen to be diametrically opposed,” said Jerrie Liao, an avid scuba diver and third year student who cultivated an interest in ocean conservation while studying at Singapore Management University’s School of Social Sciences. “However, we need to know that for cities to grow, for us to live, we require the ecosystem services provided to us by nature.”

“The question is: how can we better integrate nature into our cities and what factors do we have to consider?”

Singapore has one of the highest greenery densities in the world, despite its small land size. The country’s continual urban development to house a growing population has been done in parallel with careful management of the island’s green spaces, with gardens, parks and nature reserves taking up 10 per cent of its land.

Sustainability is not just about environmental issues alone. Tan Chuan-Jin, Speaker of Parliament of Singapore

However, big governmental projects in recent years have triggered debate over the environmental impacts associated with their development. The Cross Island Line, slated to be completed by 2030, has received backlash from local environmentalists and nature groups that have expressed concern that the new MRT line would cause major disturbance to Singapore’s largest patch of primary rainforest.

Today, less than 0.5 per cent of the country’s original primary forest cover remains. Singapore dwindling natural spaces are generating worry that despite governmental efforts to provide opportunities for Singaporeans to appreciate nature in their urban environment, residents will feel increasingly cut off from nature as the country continues to urbanise.

According to Tan Chuan-Jin, the trade-offs linked to growth and urbanisation are “not clear-cut” and each issue has to be considered within the context of Singapore. He said: “Sustainability isn’t just about environmental issues alone,” adding that the costs saved from efficient development projects can be funnelled to support the healthcare and infrastructure needs of the country’s ageing population.

By 2030, the number of people aged 65 years and above in Singapore will grow almost twice in size to over 900,000. Coupled with Singapore’s tapering labour growth, the country will be stretched to maintain its economic growth and boost employment. Tan Chuan-Jin emphasised that for Singapore to be sustainable, policymakers have to take into account social factors such as changing demographics and social cohesion.

On that note, a student from the audience posed a question on how climate change considerations will affect Singapore’s economic growth in the future. In response to whether Singapore will have to embrace lower growth as it works to decrease its carbon emissions, Tan Chuan-Jin responded that the country has to focus on generating good quality growth that will attract foreign investors, increase people’s incomes and make sure different segments of the population are well taken care of.

“The more important question is: Will the growth you’re interested in be able to provide the quality of life we need in 2030 and the years ahead?” Another issue raised by Hor Chor Kiat, a masters student from the Lee Kuan Yew School of Public Policy, was the tension between urban development and the preservation of key heritage buildings. One example he brought up was the old National Library at Stamford Road that was demolished in 2004 in order to build a tunnel that would ease traffic congestion in the area. He noted that although the public was largely opposed to the move, the construction of the new National Library allowed Singaporeans to hold on to a symbol of national heritage and identity. On future urban redevelopment projects, he asked: “Can we still allow for development to happen but restore those memories?”

Reginald Goh, a second year student studying sustainable infrastructure at the Singapore Institute of Technology, said that his idea of a sustainable city was one where individuals believed in the importance of conserving nature and preserving heritage. He felt that Singaporeans have to take active steps to safeguard both the environment and local culture and cited a lack of public appreciation as a challenge to local initiatives aimed at fostering sustainable development.

“My generation still has a lack of appreciation for these things [the environment and local culture] because of how privileged we are,” he said. “What’s the point of trying to conserve it if people don’t appreciate it?”

The youth dialogue with Speaker of Parliament Mr Tan Chuan-Jin took place on 30 August 2018. Click here to find out more. 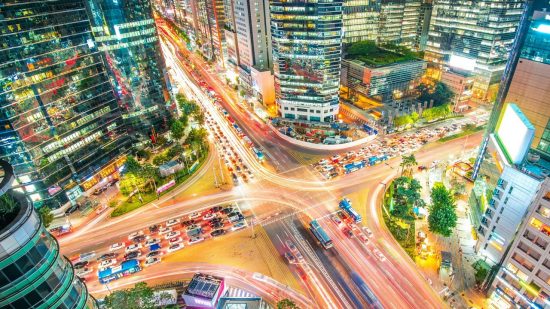 Read more
What does a sustainable city mean to Singapore’s youth?
SHARE

Get sustainable ideas delivered to your inbox