No one-size-fits-all Solution for Food Systems: Key to Remain Within Planetary Boundaries by 2050

Government and industry should consider a “blend of solutions” and welcome innovation to ensure Earth's survival, said sustainability leaders at Ecosperity Week 2021. 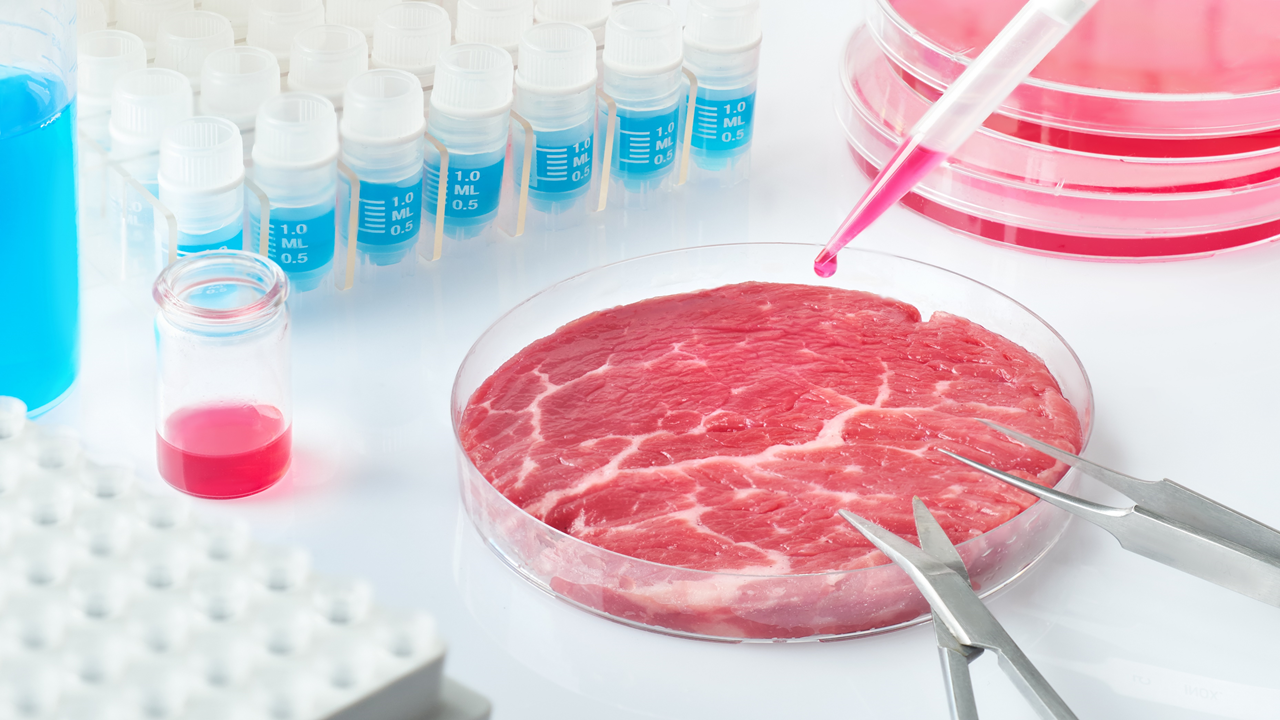 A myriad of solutions is needed to ensure that intensive food production to feed a growing global population remains within planetary boundaries by 2050, said sustainability leaders at Ecosperity Week 2021, hosted by Temasek.

The United Nations projects that the human population will hit 10 billion within the next three decades when Asia, the world’s most populous and fastest growing region, will have 5.2 billion mouths to feed.

Biotechnology innovations are being developed to meet food demand while maintaining low environmental impact, but diets must include a "blend of the different technologies", said Matthias Berninger, senior vice president of public affairs, science and sustainability of German pharmaceutical giant Bayer AG.

“Animal, cell, and plant-based proteins are what we need, not just one solution over the other," said the former German politician who used to serve as head of the federal ministry of food, agriculture and consumer protection.

A WWF study in 2020 highlighted that dietary shifts vary from country to country. A “flexitarian diet”, where consumers eat mostly plant-based food and moderate their animal-source food consumption, including meat, could help shield the planet from the more harmful impacts of intensive food production, and fulfil the demand from a growing population.

Although red meat and dairy consumption are the main global drivers of land conversion and biodiversity loss, it is not the same for all countries, according to the report. The production of feedstock for aquaculture is driving China’s excessive plant and algal growth and grain production, while Denmark’s main driver of biodiversity loss comes from the consumption of coffee, tea, cocoa and spices.

The agriculture sector and food producers also need to collectively consider cleaner, more sustainable sources of energy that are needed to grow, prepare and transport food.

"It’s really important that the traditional meat packing industry does not repeat the mistakes of the oil industry when it comes to alternative fuels. It’s not about competing with each other but collaborating and collectively benefiting,” Berninger said.

Lin Fengru, chief executive of Singapore-based biotechnology company TurtleTree Labs, told the panel how governments and businesses should be willing to consider all kinds of energy sources to create a more sustainable way of producing food.

Fengru, whose company developed lab-grown milk to reduce pressure on land and animals, highlighted that cell-based innovations still often depend on unsustainable sources of energy and water. As cell-based food products become commercially available, companies will have to ensure the entire value chain is sustainable.

“I know this is a big debate but there is a lot of interest in nuclear power. It could be a potential that governments, as well as business, can look into, to capture all the energy needed,” she said.

Existing nuclear plants rely on fission-the splitting of heavy atoms, usually uranium, into lighter ones. Energy released from this process boil water to produce steam which then turns turbines that make electricity. Fusion does the opposite and unlike fission plants, they generate little to no radioactive waste and are considered a safer option. The issue for fusion is that it requires extreme conditions and a great deal of energy to kickstart the reaction.

Nevertheless, the private sector appears to be warming to the concept. There are at least 35 fusion companies around the world. The four most advanced include American Commonwealth Fusion Systems, California’s TAE Technologies, UK-based Tokamak Energy and Canada’s General Fusion, backed by Jeff Bezos. Most are aiming for 2030s to commercialise fusion power.

Governments need to be open to innovation if they want to sustain the planet, said Berninger.

Biotechnology, which uses biological systems or living organisms to develop or create different products, took root in agriculture 25 years ago, but some governments did not support it. He warned world authorities that similar disunity over accepting innovation will lead to social divide, poverty and a regression from solutions.

"This evolution of ergonomics, artificial intelligence (AI), new frontier chemistry which brought us mRNA vaccines hold the key to solving the biggest problems in the food systems as well. How to harness this innovation, how to generate breakthroughs is the question of our lifetime. What we need is a welcoming environment from government for those innovations," he said.

David Wallerstein, senior executive vice president of Chinese internet giant Tencent Holdings said that the public sector has to be open to making use of technology data in order to ensure the planet's survival.

Intelligence information needs to be made available to the public in order to help forecast trends that climate scientists are unable to produce yet, such as finding out which factors are driving agricultural productivity or which are reducing energy and water usage, said Wallerstein.

“Governments have to be open [to allowing data] from public utilities like water and energy to be shared in a way [that will] enable the market to benefit...and make more intelligent decisions,” he said.

He added that through data democratisation, public utilities can start coordinating with each other and aggregate information that will make the nation more efficient.

Chng Kai Fong, managing director of the Economic Development Board of Singapore, called on government leaders to have the courage to impose taxes on other resources.

A water conservation tax was introduced thirty years ago in the city-state, which is considered one of the most water-stressed countries in the world.

“In Singapore, the way we structure our water taxes determines what it takes to produce the next drop of water,” Fong said in the same session. “We should think of the same thing in different areas—for carbon [pricing], as well as food and all resources that will come to a crunch in the next decade or two.”

Singapore implemented Southeast Asia’s first carbon pricing scheme in 2019, where power producers and large carbon emitters have to pay a tax for each tonne of carbon they release.

Despite being a pioneer in the region, Fong said that Singapore’s carbon pricing scheme could improve.

“When we deal with companies who talk about their carbon price, what is surprising to me is their [publicly] stated carbon price and the carbon price they use to negotiate projects. There is a world of difference. We all have to do better in that sense.” 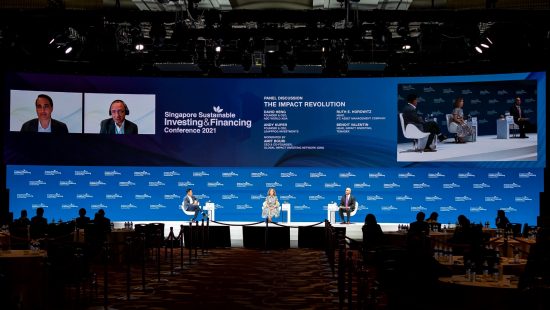 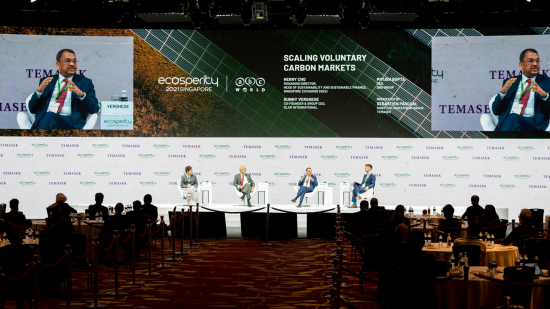 Next Article
Highlights from Ecosperity Week 2021 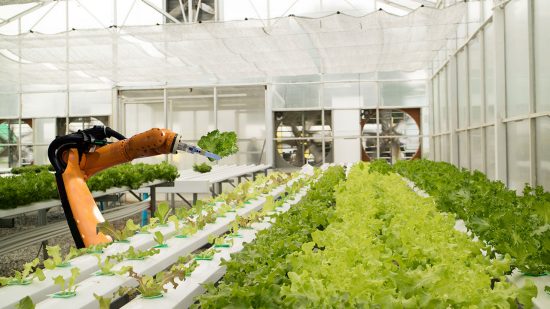 What does Singapore's '30 by 30' food security goal mean for businesses? 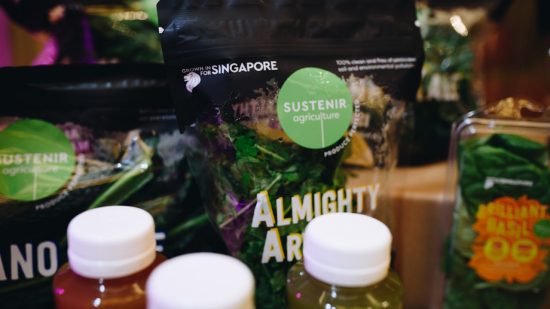 The coolest sustainability innovations at Ecosperity 2019

Read more
No one-size-fits-all Solution for Food Systems: Key to Remain Within Planetary Boundaries by 2050
SHARE

Millennial wealth, technology and big data are major drivers propelling the growth of impact investment and will cause seismic changes in where people allocate their money.

"The impact revolution will build on the tech revolution as entrepreneurs begin to develop impact business models that combine a value creation model with the delivery of impact," said Sir Ronald Cohen, chairman of the Global Steering Group for Impact Investment, a non-profit. "The more impact a company delivers, the greater the profit it generates."

Impact investing is an emerging field of asset management where investments are made with the intention of generating positive, measurable social and environmental impact alongside a financial return. Unlike philanthropy or other forms of sustainable investment, such as green bonds, investors in impact funds expect the financial returns to match other outcomes.

The current market size of impact investing is estimated to be US$715 billion, and managed by over 1,720 organisations, based on a 2020 investor survey by non-profit Global Impact Investing Network (GIIN). It continues to attract a steady stream of new entrants and this figure is likely to be closer to one trillion now, said Andy Kuper, founder and chief executive of LeapFrog Investments. The growth reflects investor demand that their savings do more than just make money.

"There is no doubt ... mega private equity groups and other groups entering the space, they're coming because they believe they can fulfil their fiduciary obligations to get outsized returns along with outsized impact," said Kuper at the inaugural Singapore Sustainable Investing & Financing Conference (SSIFC), an event co-organised by investment manager BlackRrock, the International Finance Corporation and state investment firm Temasek as part of Ecosperity Week 2021.